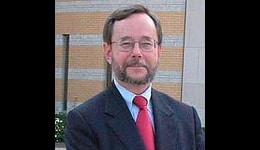 From 1971 to 1984, Ontario was governed by the Progressive-Conservatives under the leadership of William G. Davis, including for a period of minority government from 1977 to 1981. Despite being in many respects a conservative administration, the Davis government undertook significant reforms in the areas of government institutions, education, labour relations, municipalities, energy and the environment that both reflected and helped shape the rapidly changing social and political landscape of the province. While it would be a mistake to label the Davis government as radical, I believe their pragmatic approach to significant change stands in marked contrast to the reactionary positions of the later Conservative governments of Mike Harris and now Doug Ford. In light of developments in the last three decades, we may reasonably ask how much of the Davis legacy remains relevant today?

Hosted by the Office of the Head of McLaughlin College.