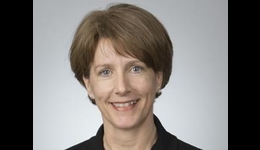 Cities seem increasingly present on the international scene, exercising what is sometimes labelled ‘local’ foreign relations. This manifests itself when, for example, cities take a public stand in relation to an issue of concern in another country or region. This poses a challenge from a legal perspective, because cities are usually conceived as legally powerless in foreign relations, for two main reasons. The first reason is that foreign relations are conventionally exercised by high-level executive officers of the State, in large part through what is called “the prerogative power”, on the basis of a unitary conception of state sovereignty. The second reason is that municipalities are conceived as mere creatures of statutes and their subordinated position has been consistently reaffirmed in judicial pronouncements, if only rhetorically. Within this framework, cities act under a delegating statute whose terms they cannot alter and statutes typically delegate them only powers of a ‘local’ nature. I will discuss whether recent developments in Canadian public law allow for the articulation of a legal basis for cities’ action in foreign relations.

Hosted by the Office of the College Head, McLaughlin College