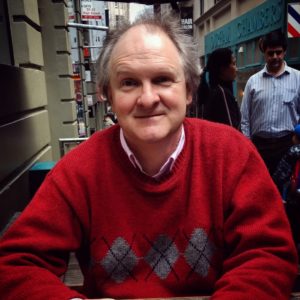 TOM BISHOP is Professor and former Head of English at the University of Auckland, New Zealand, where he teaches Shakespeare, Renaissance literature, and Drama. He is the author of Shakespeare and the Theatre of Wonder (Cambridge, 1996), the translator of Ovid’s Amores (Carcanet, 2003), a co-editor of Pericles, Prince of Tyre (Internet Shakespeare Editions), and a continuing general editor of The Shakespearean International Yearbook (Routledge). He has published work on Elizabethan music, Shakespeare, Jonson, court masques, Australian literature, the Renaissance Bible, early modern religion, and other topics. He is currently editing As You Like It for the Arden Shakespeare (fourth series) and working on a book on Shakespeare’s Theatre Games.

The first production in North America of Shakespeare’s once-famous play Pericles, Prince of Tyre was late and in an unexpected place: in 1920 in a Student Workshop production at Smith College in Northampton MA. It was directed by Samuel A Eliot Jr, a distant cousin of T.S. Eliot, and formed part of Eliot’s ongoing and often controversial attempt to move student theatre at Smith into a more contemporary and academic framework. This paper will explore the background and contexts for this production, paying particular attention to Eliot’s involvement with avant-garde German and American theatre, and to the revisions he made to Shakespeare’s play in order to stage it with women undergraduates at a regional liberal arts college.