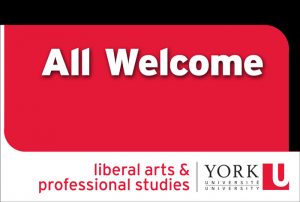 An event to celebrate 11 recent publications from faculty in York University’s Department of Social Science, Faculty of Liberal Arts & Professional Studies (LAPS), will take place on Thursday, Jan. 25 from 2 to 4pm.

This event is open to the York University community and will take place in the Ross Building, South 752. Refreshments will be served.

The event will celebrate the following publications:

• Southern Mercy: Empire and American Civilization in Juvenile Reform, 1890-1944 (University of Toronto Press, 2016) by Annette Bickford
Using a Foucauldian framework, Southern Mercy examines the liberal-humanist underpinnings of white supremacy and the modern biopolitical state. Through a historical analysis of juvenile reform in the American South, Bickford demonstrates the dangerous power of “civilized” mercy to renew racist practices of discipline and to forge a white national, imperialist and capitalist alliance in the wake of Reconstruction.

• Contemporary Slavery: Popular Rhetoric and Political Practice (UBC Press, 2017) by Annie Bunting and Joel Quirk
This volume brings together a cast of leading experts to carefully explore how the history and iconography of slavery has been invoked to support a series of government interventions, activist projects, legal instruments, and rhetorical performances.

• Megacity Malaise: Neoliberalism, Public Services, and Labour in Toronto (Fernwood Publishing, 2016) by Carlo Fanelli
Focusing on the post-amalgamation era at the city of Toronto, Megacity Malaise shows how municipal finances have been eroded to justify the policies of permanent austerity, which has led to a deterioration of public services and demands for concessions from civic workers based on the contention that they are unaffordable.

• Politicized Microfinance: Money, Power, and Violence in the Black Americas (University of Toronto Press, 2016) by Caroline Shenaz Hossein
Hossein explores the politics, histories, and social prejudices that have shaped the legacy of micro-banking in Grenada, Guyana, Haiti, Jamaica and Trinidad. Her analysis is rooted in original qualitative data and offers multiple solutions that prioritize the needs of marginalized and historically oppressed people of African descent.

• Living on the Edge: Refugees in Extended Exile (Routledge, 2017) by Jennifer Hyndman & Wenona Giles
Shifting the conversation away from the salient discourse of ‘solutions’ and technical fixes within state-centric international relations, the authors recover the subjectivity lost for those stuck in extended exile.

• Debating Hate Crime: Language, Legislatures, and the Law in Canada (UBC Press, 2017) by Allyson Lunny
Lunny explores how the tropes, metaphors, and other linguistic signifiers used in Canada’s federal parliamentary hate crime debates expose the particular concerns, trepidations, and anxieties of Canadian lawmakers and the expert witnesses called before their committees, resulting in a rich historical and analytical account of some of Canada’s most passionate public debates on victimization, rightful citizenship, social threat, and moral erosion.

• Urbanization In A Global Context (Oxford University Press, 2017) by Linda Peake & Alison Bain (eds)
This textbook provides a critical introduction to the conceptual framings, theoretical frameworks, planned dynamics, and lived experiences of contemporary cities around the world as products of capital investment, as collective urban commons or public goods, and as socio-cultural-natural spaces.

• Media and Transnational Climate Justice: Indigenous Activism and Climate Politics (Peter Lang, 2018) by Anna Roosvall & Matthew Tegelberg
This book explores the roles and activism of indigenous peoples who do not have full representation at UN climate summits despite being among those most exposed to injustices pertaining to climate change, as well as to injustices relating to politics and media coverage.

• Chokepoints: Global Private Regulation on the Internet (University of California Press, 2016) by Natasha Tusikov
Chokepoints traces the emergence of a state-endorsed private transnational regime, through secret handshake deals, for global Internet intermediaries, like Google, to regulate the online trade in counterfeit goods.