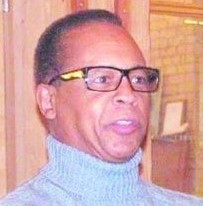 LORNE FOSTER is a professor in the School of Public Policy & Administration (SPPA) and the Department of Equity Studies (DES) at York University. He is the Faculty Co-Chair of Race Inclusion & Supportive Environments (RISE) at York. He is the Director, Diversity and Human Rights Certificate (DHRC) in partnership with the national Human Resources Professional Association (HRPA). He is a member of the President's Advisory Committee on Human Rights (PACHR), York University. He is also an Adjunct Scholar for the Multicultural History Society, University of Toronto.

MORLEY S. WOLFE was born in Winnipeg in 1928. He spent his early childhood in various cities in Saskatchewan and Manitoba until moving to Toronto in 1940. He graduated from Osgoode Hall Law School in 1955 and started his own practice as a senior member of the law firm Burt, Burt, Wolfe and Bowman. In 1971 he was appointed Queen’s Council in 1971, and from 1973 to 1977 he served as counsel for B’nai Brith Canada. After his retirement from practice in 1993, the Province of Ontario appointed him presiding Justice of the Peace for Ontario, and Deputy Judge in Small Claims Court. Throughout his life Morley was passionate about fighting prejudice and discrimination and became involved with organizations, such as the Canadian Council of Christians and Jews and the Urban Alliance on Race Relations. He was also a member of the Toronto Police Services Board Committee on Race Relations, served as Chair of the North York Committee on Community, Race and Ethnic Relations, and was appointed to the Canadian Multiculturalism Council. In addition, he was the founding president of Toronto Residents in Partnership (TRIP) from 2003 to 2006.

ARTHUR C. DOWNES was born in Toronto in 1927. He is a Retired Justice of the Peace with extensive community involvement, serving on boards and supporting service organizations. These include: Chair, Board of Governors, Doctor’s Hospital, 1976-80; Hospital Council of Metro Toronto, 1981-832; Director, Ontario Hospital Assn., 1985-86; and the St. Michaels Day Care Centre for Children. He has also worked with the Ontario Human Rights Commission; Metro Toronto Police; Canadian Council of Christians and Jews; the Board of Toronto Economic Development Corporation; and the Ontario Black History Society. He is also the recipient of several awards, including the Queen’s Golden Jubilee Metal; the B’nai Brith Award; the Volunteer Award from the Government of Ontario. He is the Honorary Consul of the Republic of Guinea; and he received an Honorary Doctorate of Letters, from Mary Holmes College, M.S.

Hosted by the Office of the College Head, McLaughlin College