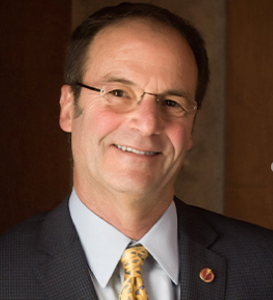 The Liberal party electoral platform of 2015 pledged to end the partisan nature of the Senate by creating “a new, non-partisan, merit-based process to advise the Prime Minister on Senate appointments”. The commitment of the government was repeated in the 2019 electoral platform and was reflected in the mandate letters of the President of the Queen’s Privy Council for Canada and the Leader of the Government in the House of Commons.  Changes to the appointment process were introduced in the last parliament, and over 50 new senators have been appointed since then.  The Senate now comprises a majority of senators who are not members of a political party caucus.

The talk will evaluate the changes that this has brought to the work of the Senate, with special attention to the concepts of independence and partisanship as they relate to the constitutional role of the Senate.  It will conclude by offering some thoughts on the steps that still need to be taken.

MARC GOLD was appointed to the Senate in November 2016 by Prime Minister Trudeau, and in January 2020 was appointed as the Government Representative in the Senate.  He previously served as Liaison of the Independent Senators Group during the 42nd Parliament. A full-time law professor at Osgoode Hall Law School from 1979-1991, and an Adjunct Professor of Law at McGill University since 2003, he published and taught in the areas of constitutional law, legal theory, and the Charter of Rights.  With extensive experience in the business world, he is an accredited mediator and has held many leadership roles in the not-for-profit sector.