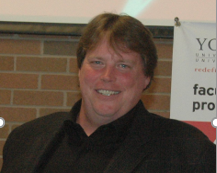 Presented by Paul Baxter, who has been teaching in the Criminology Program at York since 2005, and is currently the Coordinator of the Program

Is equal protection under the law a function of white privilege?  Does equal protection under the law privilege settlers over Indigenous Peoples?  Our preconceptions about conflicts between Indigenous Peoples and non-Indigenous Peoples are often confined to the "big issues", such as large protests over land claims or natural resources.  These conflicts, such as the Standing Rock or Oka protests, usually occur in public spaces and they involve disputes between large groups of people in conflict with institutional agents such as the police or the military. These sorts of conflicts are often very impersonal.  The "band" or the "First Nation" takes the place of individual protesters, while "the police" or "the military" takes the place of individual settlers.